F
Pregunta al especialista
Envío gratuito
Amplificador Pathos Inpol 2. Este es el mejor amplificador integrado que fabrica Pathos, utiliza la tecnología Inpol 2 exclusiva de este fabricante, el preamplificador es de válvulas, la etapa de salida esta transistorizada y trabaja en clase A, es un producto excelente. Debera tener en cuenta la sensibilidad de los altavoces asociados ya que sólo dispone de 45 watios.
Amplificador integrado 2x45 w. Amplificación hibrida. Salida en clase A. Entradas RCA/XLR. Mando a distancia.
NPOL2 is the latest creation from Pathos, so-called because in the design Pathos presents the 2nd generation of their proprietary INPOLÅ½ technology. It is also a completely balanced dual-mono configuration - easily recognized by the styling. INPOLÅ½, which carries a worldwide patent and gave birth to the multi-award winning products TT and InPower, has undergone advanced evolution. The INPOL2 is a unique amplifier in many aspects and its sound quality will simply astound. According to the principles of the INPOL technology, the INPOL2 is constructed as a hybrid with CLASS A amplification (45watt) and an impressively wide bandwidth in a feedback-free layout. The preamplifier is entirely tube-based, balanced and optimized for feeding the mosfet output stage to maximum effect. Tubes are still the best components for amplifying the signal voltage, in order to preserve the harmonic integrity of the input signal. A solid state stage is used to provide high current at low impedance, in order to drive any loudspeaker accurately. The power st age is entirely balanced by the use of two INPOL circuits that are driven in opposite phase to each other, for virtual cancellation of distortion without using any feedback. Large coils are used as energy reserves in order to deliver the current in a fast, effective and precise manner. Pathos engineers have chosen yet another "unorthodox approach" in the power supply - PHYSICS (Pathos Hybrid Stabilised Independent Current Supply). The pre-amplification section is operated by a power supply, dedicated for the tubes, which needs low current. The output stage is fed by a switch mode power supply. The reason for this choice is the output stage's great demand of current at low load impedance as-well as high efficiency and independency of variations on the mains. The two power supplies are completely separated and carefully shielded. The overall sound of the INPOL2 is no less than stunning in its detail and involvement and is as close to the top of the range InPower and InControl as possible. The musical, rich and warm sound from the tubes combined with the pace and dynamic from the mosfets results in excellent performance. It is easy to discern that this is an INPOL amplifier due to the absence of listening fatigue combined with transparency, presence, the enormous soundstage and the capability of reproducing all instruments realistically - all the factors of true high fidelity. 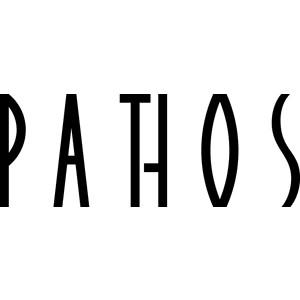