Balanced signal transmission is used to carry the same audio signal in opposite phase before the output stage signals are mixed therefore any noise or distortion present in both lines with identical phase are cancelled out, leaving only the pure original signal. Balanced amplifier topology therefore keeps the signal as free as possible from interference. The A32 has a dual-mono topology together with a current feedback topology. Excellent 1% MELF resistors from Vishay are used, which in concert with a tight PCB-layout, give the A32 the best possible audio performance. The circuit is single-ended all the way to the output stage and uses active temperature-compensated current sources, instead of passive resistors. The A32 uses 16 output devices from Toshiba for each channel to ensure high reliability and performance (high current output). These work in high bias class A/B configuration. The A32’s outputs are fully protected against DC (servo-controlled), high temperature and speaker terminal shorting (the latter by the use of fast-blow fuses). Alternative methods of protection, such as current limiting, affect sonic performance when using low impedance speaker loads. The amplifier incorporates two different kinds of standby mode. The first is the audiophile standby, in which all the power supplies remain active, only the speaker relay and idle current are lowered. This means that the amplifier will start at optimum performance and will not require any major warm-up time. The second standby mode turns off all the analog power supplies and will therefore require a warm-up period before the A32 will perform at optimum levels. This mode is best used if the amplifier remains idle for an extended period of time or if the owner wants to save mains power. For maximum flexibility both balanced and unbalanced inputs are provided, as well as twin sets of speaker terminals (for bi-wiring) together with trigger (4-15V) and RS232C inputs. If the unbalanced inputs are used, the A32 internally converts the signal to balanced, to take full advantage of its balanced design. Surface mounted device technology is used whenever possible to keep the shortest possible signal path for the highest possible performance. The A32’s massive 2000VA toroidal transformer has four separate windings - two for each (L&R) channel. This means that the channels are insulated from each other, minimizing cross-talk. Double rectifiers per channel are used to create a “floating ground” for the best possible galvanic insulation from the mains. The electrolytic bank is 90.000uF per channel to ensure that is more than enough power available for even the deepest sonic transient. The soft start circuit is relay controlled which means that it will not have any affect on the power supply when the amplifier has stabilized. More commonly used circuits built around NTC-resistors can adversely affect the power supply under heavy load conditions. The digital control functions have their own power supply using a separate transformer. All digital control functions are insulated from the analogue circuits by using either opto-couplers or relays. This configuration ensures that no digital disturbance can be transferred to the analog circuits of the amplifier. As with all Primare units, the A32 is housed in an alloy heavy gauge steel chassis, which provides strength, rigidity, and temperature stability, while being effective at damping vibrations from external sources. Although the A32 is flexible and powerful enough to be integrated in any high-end stereo system and will perform with virtually any other quality equipment you have in your system, it is ideal for use with the Primare PRE30 Preamplifier and Primare CD31 Compact Disc Player. Combined with these components a fully balanced high-end stereo chain is established. If you wish to build a system that provides both surround sound and truly high-end stereo, the A32 can also perform as an output stage for the front main channels in a Primare surround system. A32 2-Channel Power Amplifier Output Power 2 x 250 W/8 §Ù 2 x 400 W/4 §Ù Inputs 2 XLR, 2 RCA Other Inputs 4-15 V Trigger and RS-232 Port Frequency Response 20Hz - 100kHz -0.5dB THD + N 1kHz, 250W, 8 §Ù load: below 0.01% Signal to Noise Below -100dBV Input Impedance 15k§Ù, RCA and XLR Gain 26dB unblanced, 20dB balanced Power Consumption OFF, but main switch ON: below 2 watts Standby 40 watts Operate idle 170 watts Dimensions (WxDxH) 17 x 21.25 x 8 inches 430 x 546 x 216 mm Weight 89lbs, 40kg Finish Black or Titanium 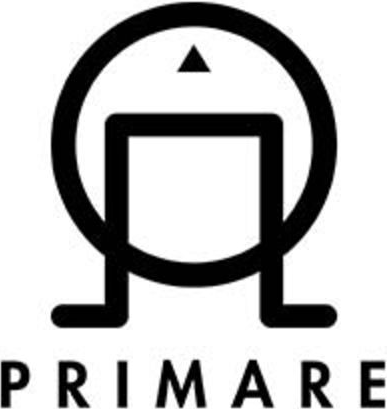